What Does Your Beard Says About Your Personality

What Does Your Beard Says About Your Personality 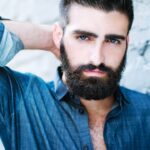 Men with beards are typically perceived as more masculine than men without them. But beards aren’t just about masculinity; every single one says reveals something about the man behind it.

So whether you’re attempting to grow your beard longer than 5.33 meters in a bid to beat the world record, or you regularly trim your beard to stop it from looking unruly, this is what your beard is telling other people about your underlying personality.

Several different types of beard scream confidence. The first is the full beard that the likes of Ryan Reynolds and George Clooney often sport. A full beard exerts confidence as it conceals so much of the face which shows others that you’re sure of who you are. If sideburns are your beard of choice then you’re showing off your boldness as well as your confidence as you’re telling the world that you’re happy to stand out from the crowd and be a talking point.

The scruff-type beard that you’ll often find on Gerard Butler is the type of beard that says ‘I don’t care’ and ‘I’m happy to go with the flow.’ This laid-back style requires virtually no maintenance and shows that you’re not worried about the fact that your neither clean-shaven or sporting full facial hair. Often people think that men with a hobo beard have a similar personality. But while the hobo beard appears scruffy at first sight, it takes a lot of maintenance and actually shows others how creative you are.

You worry what others think

Identifying your personality type is a great way to understand why you style your beard a certain way. For example, INFJ personality types are perfectionists so only the best looking beard will do. On top of that, they are highly sensitive so don’t want to be criticized for their choice of beard. For this reason, if you’re an INFJ, you’ll typically opt for a subtle beard such as a five o’clock shadow or a stubble beard that’s not going to spark outrage or reveal to your colleagues what you had for lunch.

The chinstrap beard is favored by men that like to show off their youthful appearance and was a favorite among boybands in the nineties. Men looking to hold onto their youth may also choose the soul patch style of beard where a small strip of hair is left beneath the lower lip.

However, older male celebrities such as Billy Rae Cyrus and Bruce Springsteen favor this style too, so if you want to make sure you’re giving off the right impression, it’s worth getting your trimmer out and trying a new look.

Despite what many people think, beards are more than just a fashion statement. However you choose to style your beard, you’re expressing your personality and who you are to those around you. So, when you’re next standing in front of the bathroom mirror, it’s worth thinking about the man you want to portray before you start your grooming routine.